Generally loved or hated, sideburns are undoubtedly a distinctive element of the male appearance. Object of the courses and appeals of fashion, they have taken on the most disparate shapes in the various historical periods among which it is worth remembering:

A rather unusual custom, albeit not very widespread, was to wear curled sideburns as the men of some Orthodox Jewish religious communities still do today. This tradition would have originated from a particular interpretation of the biblical texts on the prohibition of shaving the corners of one’s head, hence the custom of not cutting the hair on the sides of the head beyond the bone that connects the skull to the jaw.

To curl the sideburns, irons very similar to those for curling hair were used such as the one we keep in our shop, formed by a wooden handle and a cylindrical metal part that was heated by inserting it in hot coals, on the stove or by placing it on alcohol-powered machines. Once the desired temperature was reached, the hot iron was used to shape sideburns’ hairs. 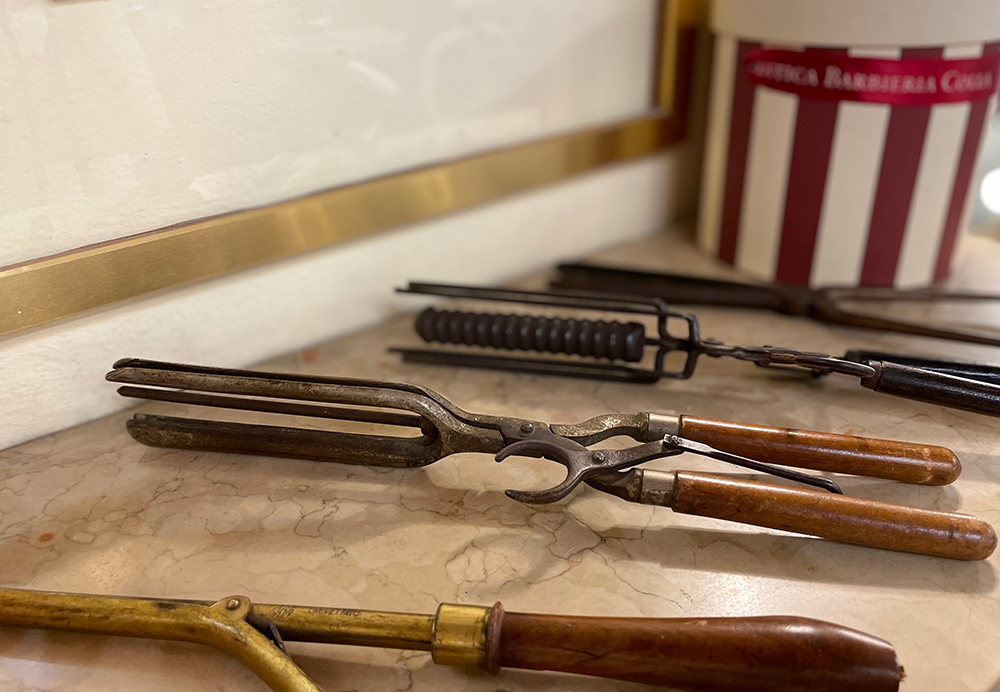 The irons used to curl the sideburns at Antica Barbieria Colla

Today this tool is no longer used, but if you love sideburns our barbers will be able to advise you on the most suitable style for you.