In this month of November full of uncertainty and questions we got two good news from Japan:

the Kyoto-based barber shop Higuchi set up the first window entirely dedicated to Antica Barbieria Colla (http://barberhiguchi.com/journal/), and Kamisori Club, an exclusive barbers club at Barney’s Tokyo, will be  regularly using our product line for its services (https://www.kamisoriclub.co.jp/it/blogs/info/abcolla).

Yet nothing happens just by chance or luck and below, if you like, I am going to tell what led us to this happy moment.

In September 2016 we took part for the first time to Pitti Fragranze in Florence, one of the most important international fair about perfumery.

We spent three cheerful days meeting a lot of people interested in what we do: retailers, distributors and private customers.

Back at the office, I got an email from a potential Japanese distributor, the first one of many that followed.

Within three months we had already got three real collaboration proposals.

As almost everything Antica Barbieria Colla has started during these years, also the contact with this culture began quite naively.

I had always thought of Japan as a fascinating country, but actually didn’t know much about it.

In my mind the Japanese were nice people holding a camera in the ‘80s.

I remember that when I was little some Japanese customer attended the shop, screaming oddly when hair was burnt; sometimes they came with Franco (Moschino), a great friend of my Franco (Bompieri), during the fashion week.

Nevertheless, in February 2017 I met for the first time the one who would have become our official distributor in the land of the rising sun: Mr. Onoda from Helios Holdings Ltd.

Among all candidates, I chose him and his company because they also are a family business with two brothers carrying on their father’s work, and because my instinct told me they were going to be careful and loyal partners.

Thus we started negotiating our contract: phone calls, discussions, mediation efforts, unthinkable questions and requests that took months to figure out, which nowadays I know were due to purely cultural issues.

The first fair in Tokyo was held in September 2017. I guess those days in Japan will always be one of the most exciting and wonderful gift life could give me (that was the time when I also got the coolest nickname ever: BompiSan).

Japan is a country of great contrasts, but in my heart the Japanese will always be polite, respectful and sympathetic.

In my entire life I have never felt at home like this, even if halfway around  the world, and above all I was proved I had made the right choice.

Helios and its team turned out to be a solid, determined and strategic company that introduced us in the right places during our three years partnership.

For its part, Antica Barbieria Colla showed to have what it takes to enter a world where traditions are sacred and its experience looks interesting and worthy in one of the most important and demanding market in the world.

And so, in this strange year in which we have to constantly face fear and anguish, that kind land called Japan gave me a moment of peacefulness. 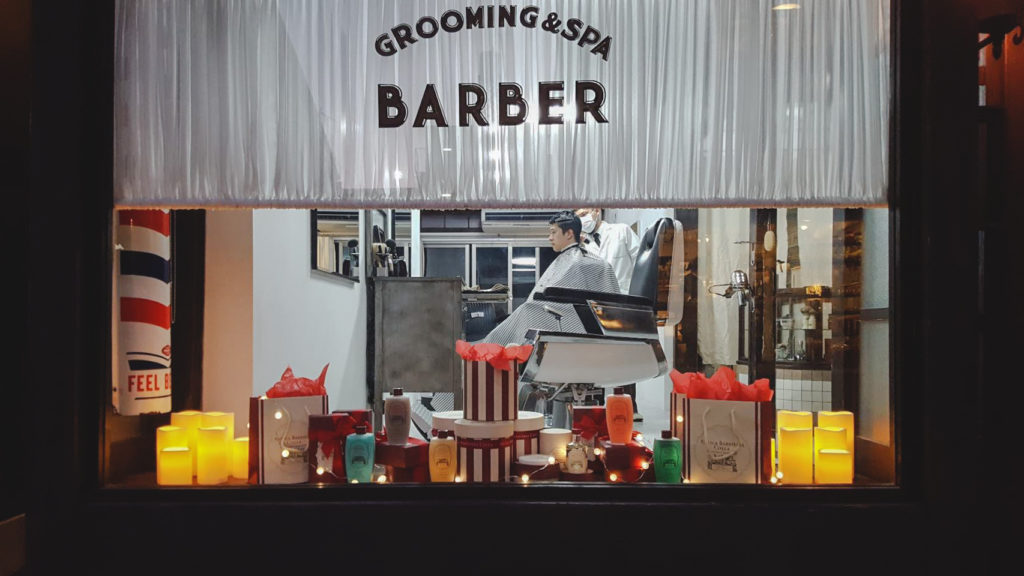